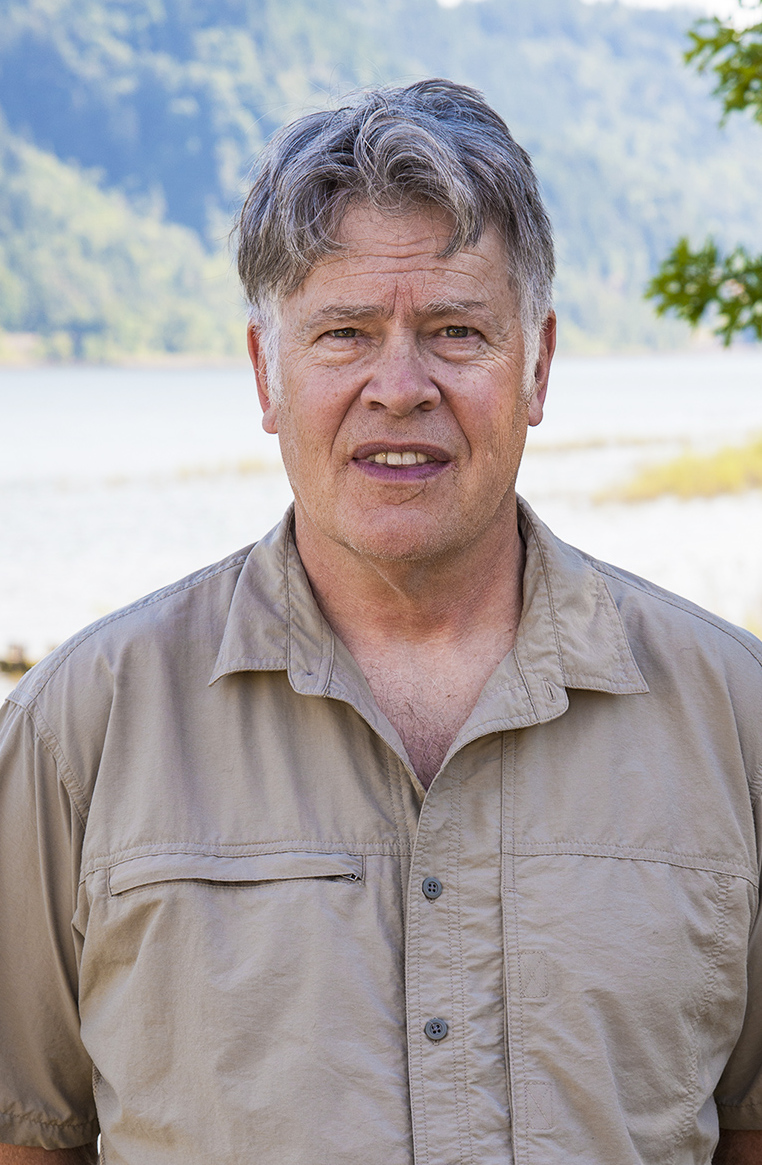 One of Friends' key objectives is educating the public about the Columbia River Gorge. Over the years, Friends has led thousands of guided hikes, provided hundreds of hours teaching students in classrooms, and organized many outdoor school outings.

As Friends’ field representative in the Gorge, I've led lectures and worked with students at Hood River High School. In the classroom, we explored conservation challenges facing the Gorge and successful ways communities meet these challenges. I aim to help students find their own power as activists if they’re willing and to speak out and make their voices heard. I helped youth leaders testify before Washington legislators on the danger of oil and coal trains to communities living in the Gorge. More recently, I worked with members of the high school's Earth Action Club to testify before Hood River City Council and urge them to declare a climate crisis. Empowering youth and connecting them to the Gorge has always been a priority of ours because they are the next generation of stewards and leaders, taking on what we leave for them.

Late last year, when the University of Portland approached Friends and asked if I was interested in participating in and advising its six-day Immersive Environmental Justice class outing, I was all in. As someone who has both served in public office and worked as a field organizer to help communities voice their concerns to elected leaders, I've seen first-hand how important it is to be involved and why it is crucial to have a diverse collection of voices at the table when making policy decisions. Environmental justice is an issue that all too often can get shortchanged when not enough people speak out, or too few perspectives are included in making conservation and environmental decisions. Working with the Immersive Environmental Justice class was an opportunity to educate and empower a group of diverse, young leaders.

In January, we organized meetings and exchanged emails to plan the Columbia Gorge portion of the immersion class. The purpose of the class was to give students a chance to meet and learn from community and organization leaders on topics such as climate change, conservation, environmental justice, racial justice, indigenous rights, and preservation of clean air and water. We connected students to people in the Gorge community already witnessing the impact of climate change, as well as the student climate action organizers at Hood River High School, who are speaking out on these issues.

On March 5, Mosier, Oregon Mayor Arlene Burns and I presented to the students about the natural history of the Columbia Gorge, the formation of the National Scenic Area and the work that Friends does. Next, we drove to Mosier where Mayor Burns led a guided tour of the 2016 oil train derailment, followed by lunch along the shore of the Columbia River. Our plan for the afternoon had been to view the petroglyph panels and coal dust pollution from open-topped coal trains at Columbia Hills State Park. Unfortunately that portion of the park was closed so instead I suggested that the students hike around Horsethief Butte, which turned out to be one of their favorite activities and a fitting end to their week-long immersion class. After finishng the class, student Molly Lowney observed in an article posted in the University of Portland’s newspaper:

"The groups we met throughout the week were eager to share their work with us. I learned that in order to create positive environmental change, we need to listen intentionally to diverse voices. Environmental justice is inherently intersectional. We can’t create a just, earth-conscious society without everyone having a seat at the table. I always thought of activism on a global scale, but this immersion reminded me that local change is the foundation of societal change.

"I learned that in order to connect with people, you have to connect with their hearts. Storytelling is the greatest power we have in building solidarity. Mayor Burns told us that when you yell, people close their ears, but when you whisper, they open them. The true message comes in the whispers. This immersion showed me that if we can whisper our story and build a deep, empathetic respect for one another, we can heal our planet."

It’s not easy to construct challenging programs for youth that are engaging and fun. You hope to keep them entertained enough to learn while at the same time giving them enough room to lead the conversation on their own. The goal is to help the students unveil what they’re capable of. Over the years I've developed many strategies and systems for working with youth and I never get tired of seeing the results pay off as they gain new understanding and personal growth.