Several years of grassroots organizing and advocating by Friends and our allies paid off in August as the Columbia River Gorge Commission addressed climate change, protected imperiled salmon runs, and curbed urban sprawl in its draft revised Management Plan for the Columbia River Gorge National Scenic Area. The Gorge Commission expects to finalize the Management Plan updates at its monthly meeting on Sept. 8, which will be held online and open to the public.

"The new final draft plan is a step in the right direction, but there is much more work to be done" said Friends Conservation Director Michael Lang.

Key Revisions to the Management Plan 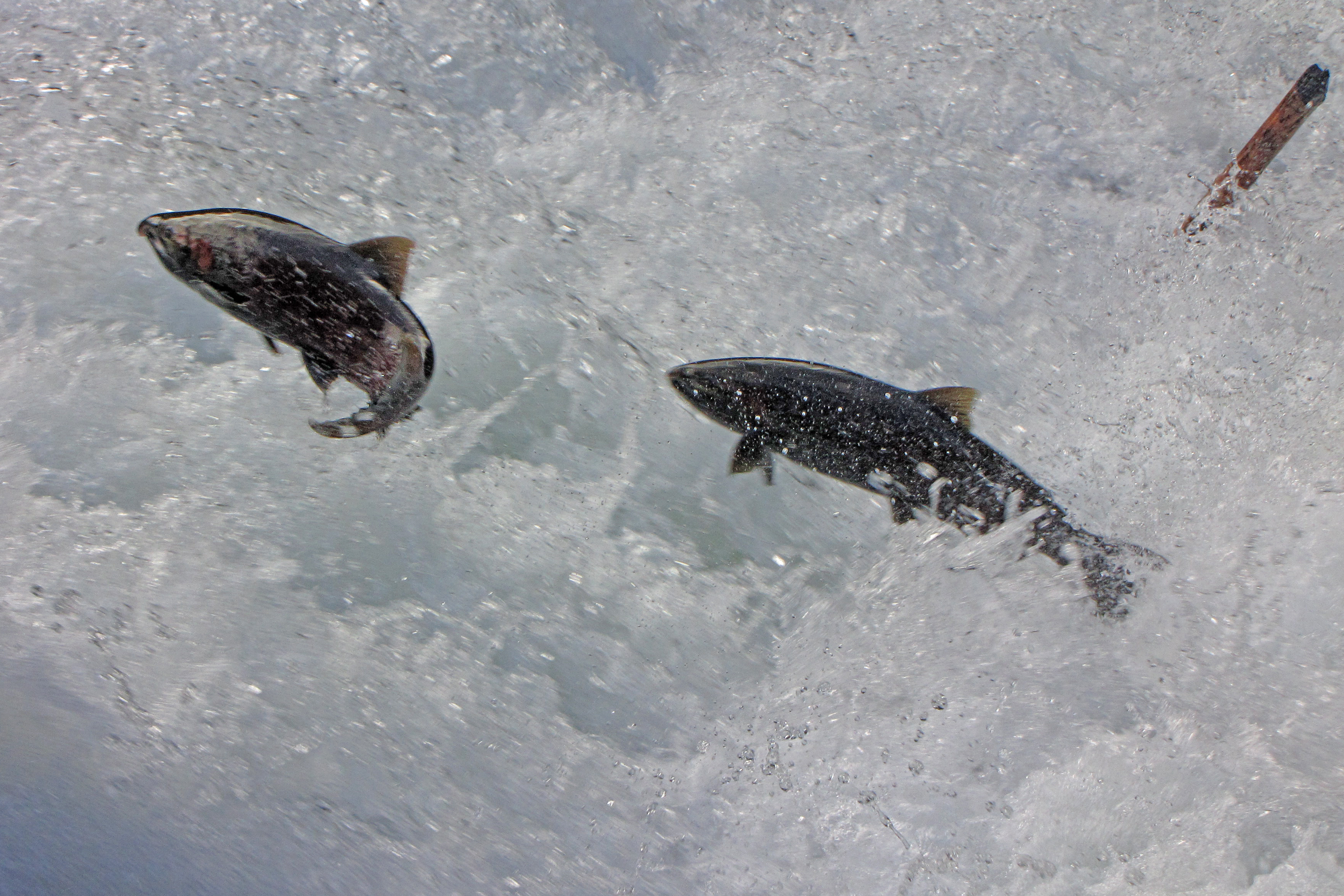 One effect of climate change in the Columbia Gorge is rising water temperatures in the Columbia River, which are unhealthy and potentially fatal for salmon returning to spawn. The stresses on salmon also negatively impact tribal treaty fishing rights. Accordingly, the Gorge Commission voted to require 200-foot buffers on seven “cold water refuge” streams in the General Management Area of the Columbia River Gorge National Scenic Area.

The U.S. Environmental Protection Agency defines cold water refuges as areas that are colder than the main river temperature; salmon use them to successfully migrate up the Columbia River to their spawning grounds. Prominent cold water refuges include the Sandy and Deschutes rivers in Oregon and the Klickitat and White Salmon rivers in Washington. Compared to temperature conditions on the Columbia River, Lang said that for salmon, "going to these colder tributary streams that have better vegetative cover is like stepping out of 100-degree heat and into an air-conditioned room."

Why a 200-foot buffer? There are two reasons, Lang said. "One is that there's substantial scientific support for the effectiveness of a 200-foot, undisturbed buffer around streams. The other, practical reason is that 200 feet has been a standard that's been in place in the Special Management Areas of the Gorge for over 30 years. So it's just being extended into the cold water refuge streams that are in the General Management Areas."

A new chapter in the Management Plan requires the development of a Gorge climate action plan. "This will give the Gorge Commission and counties the ability to be able to plan for and adapt to climate change, building climate resilience in the Gorge," Lang said.

"People are coming around, slowly but surely. We have consistently talked to the Commission about the need for climate action in the Gorge for the past several years. These commissioners are getting it, and they're beginning to respond."

Thirteen Gorge towns and cities, designated as Urban Areas, are the focus of economic development programs and are exempt from regulations that affect the rest of the National Scenic Area lands. Friends-proposed amendments requiring regional analysis of the growth potential of Gorge urban areas in order to establish a need to expand were strengthened, with a subsequent motion passing that increases the Gorge Commission’s role in regional urban area planning.

The 50 acres or two percent rule was a compromise to achieve a passing vote among the commissioners. Friends had advocated for a smaller number of acres, while the city of The Dalles, which a decade ago proposed an expansion of its urban area of more than 1,000 acres, will need to rethink land use planning within its existing urban area boundary. "Compromise without smiles" is how one Gorge news outlet described the Gorge Commission's decision, but it is the first major change to Gorge urban boundary policy in more than three decades.

"These revisions will require regional urban planning to address the growth needs of Gorge communities," Lang said. "There are 28,500 acres in the Gorge set aside for urban-scale development and much of this land is currently vacant or under-utilized. Use the land you already have instead of developing natural landscapes."

Michael Lang: "Because of the high interest of Friends' members, our partners, and Gorge communities participating in the review of the Management Plan, the Gorge Commission took several steps to improve protections for scenic resources and for salmon, to address climate change, and to curb urban sprawl."